Sierra Levin is very happy to be part of Dance Connection! She is a professional dancer with Indianapolis Ballet and is looking forward to sharing her experiences with her students.

From 2009-2012, Ms. Levin appeared in various roles in Pennsylvania Ballet’s The Nutcracker (Balanchine) and as the principal female in “Meet Us at the Corner” (Take it Away Productions, 2014), a collaborative project for six tap dancers and four ballet dancers with choreography by Elizabeth Holowchuk and Dorothy Wasserman.

In 2015 Sierra attended Carolina Ballet’s summer program as a trainee and stayed for two seasons as a company trainee. While at Carolina Ballet, Ms. Levin had the opportunity to work with Robert Weiss, Zalman Raffael, Debra Austin, Marin Boieru, Melissa Podcasy, Lynne Taylor-Corbett and Olga Kostritzky. Ms. Levin performed in various productions such as Robert Weiss’s Symphonie Fantastique, Beethoven 9th Symphony, “Neptune” in Planets, and various roles in The Nutcracker. Ms. Levin was also seen in Zalman Raffael’s Variation on a Theme, A fairy in A midsummers Night’s Dream (Balanchine), and Lynne Taylor-Corbett’s production of Carmina Burana. 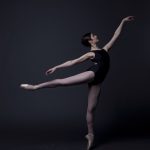 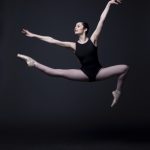 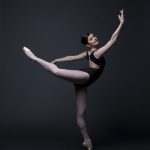 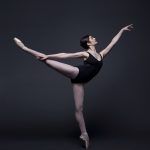 "Dance Connection is the real deal.  Teachers who are well trained and care about their students.  Melissa Schott runs a top notch business that has not turned into a 'ratchet' like other dance studios I have experienced in the past.  Whether a child dances as a hobby or professionally, Dance Connection is the place to go!"

Cynthia C.
"Your studio is the epitome of what dance experience should be for children! Thank you for all your hard work, time, and energy!"

Josie P.
"It is rare to see an Indiana business that actually lives up to its mission statement...the care, concern and inspiration Dance Connection gives to its students far exceeds any cost to attend..."

And just like that our last competition of the sea

From our first to now our last competition of the

And @kaegraydance is in the house!! Great turn out

And we are off to an early start at Streetz Dance

Our soloists kicked our dance weekend off with sty

And here we are!! Ready for the Streetz Dance Conv

Day number 2 is in the books at Talent on Parade!

Wishing our DC Teams a great weekend at the Talent

So Miss Marissa and Miss Lucy did a thing over win

P3 ladies expressing under the lights in their las

Shoutout to Alicen Brenneman on her promotion to P

It's show day and mother nature has delivered some

A few of our DC Mini team members practicing a few

Competition season for our P3 girls kicked off tod